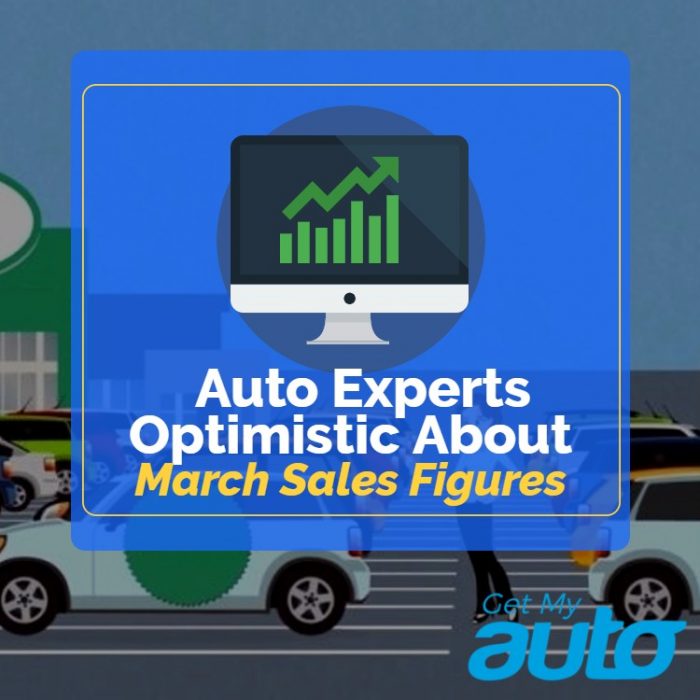 So far, this year hasn’t been especially great for auto sales; while numbers are by no means in the toilet, they also haven’t shown very much growth. That could be changing, though—and soon. Though March sales figures are still being tabulated, many experts believe that they could show a jump when compared with last March’s numbers. This would hopefully provide some optimism and momentum to auto dealerships who have otherwise found 2017 to be a bit slow.

Though we are still a few days away from March sales figures being reported, Kelley Blue Book is estimating that the March sales totals will come out to around 1.63 million units—enough to make this the strongest first-quarter showing since 2000.

It might even be enough to help the auto industry overtake the brisk sales pace it established last year, itself a record-breaking sales year. The only caveat? Incentive numbers may also turn out to be unusually high for March, which could mitigate the sales figures somewhat.

None of this is meant to suggest that all car companies are having equally good years. In fact, just looking at American auto companies suggests that there is much variance.

“General Motors Co. is expected to report higher March 2017 sales than the same month a year ago,” The Detroit News confirms. “Analysts at Kelley Blue Book predict that company’s sales will grow by more than 9 percent.”

Charting a Strong Course for 2017

These strong March numbers are certainly encouraging after 2017 got off to a rocky start. As the analysis in The Detroit News makes plain, both January and February of this year showed declining sales numbers when compared to 2016. It’s worth noting that a few individual auto companies actually had solid Februaries, thanks in large part to those surging truck and SUV sales.

Until the final numbers are reported, we won’t know for sure—but all signs point to a surprisingly vigorous start to the year for the auto industry, albeit a somewhat delayed one. As we learn more about the year’s vehicle sales trends, we will make sure to report it. Stay tuned to the Get My Auto blog for more updates on what’s going on in the auto industry.

Grab Your Copy
The Ultimate Dealer Guide to Facebook Advertising

Based in Orange County, California, Get My Auto is in the business of using innovative technology to bring buyers and sellers together— We help dealerships thrive in an increasingly competitive market. Both a software company and an integrative marketing agency, Get My Auto delivers digital solutions and software that help car dealers expand their online footprint, capture more leads, and ultimately close more sales. Dealers come to Get My Auto for our rich experience with Craigslist, Facebook Marketing, dealer friendly software, Automated CRM and more. To learn more about Get My Auto, call or text (949) 506-5868 today.